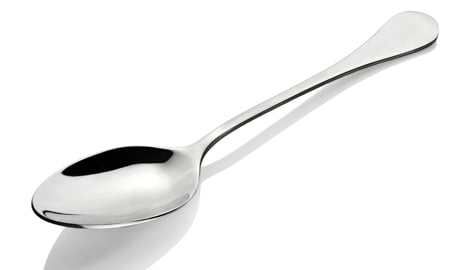 Hands up, this is a robbery! Photo: Shutterstock

The young man tried to pretend he had a knife but bank staff immediately saw it was just a dessert spoon and called the police, refusing to hand over any cash.

The man entered a bank branch just before 4pm in Weintraubengasse in the 2nd district on Tuesday afternoon, marched straight to the cashier and demanded he give him some money. He seemed to be under the impression that the silver object in his hand would be mistaken for a knife.

Witnesses said that no one took the man seriously – and that he didn’t seem like the sharpest knife in the drawer himself. The cashier pretended that he was going to get some cash and then called the police.

Meanwhile the 24-year-old sat down in the waiting area, where police found and arrested him when they arrived at the bank. He’s currently being held in prison and said that his only motive for the attempted bank robbery was that he needed money.