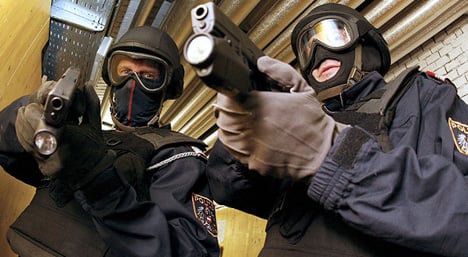 The 43-year-old father-of-three controlled the gang who called themselves La Familia, and who made around €56,000 a month selling cocaine and marijuana on the streets of the capital.

The father, his wife, his 19-year-old twin sons and 22-year-old daughter, as well as the daughter's two exes and her current boyfriend were the main players. A 44-year-old dealer who lives in a villa in Lower Austria and a 49-year-old benefits recipient who dealt out of a large house in Vienna’s Donaustadt were also arrested in raids last week.

Police said that the 43-year-old head of the clan was a particularly nasty character. As well as encouraging his own children to use drugs so as to know their product better he also forced his daughter to retract a statement she made to police after being abused and raped by her 33-year-old boyfriend.

The gang’s regular customers included a woman who regularly bought marijuana for her 12-year-old daughter.

The head of the clan led a double life – in the morning he worked in a garage north of Vienna, but in the afternoon he sold drugs and organized deals from his home in Donaustadt.

His 46-year-old wife (his children's stepmother) was in charge of managing the money but also helped her husband mix and deal the drugs, and sometimes transported them to her husband’s company address.

The 22-year-old daughter and her abusive boyfriend picked up drugs from her father and delivered them to selected customers, as well as selling from their apartment in Landstrasse. One of the daughter’s exes also sold drugs from his workplace – a snack bar in Kaisermühlen. Police said that in order to buy drugs from the clan he took money from the bar’s till.

After having the clan under observation, 130 police officers including narcotics detectives as well as special forces police stormed 15 addresses in Vienna and Lower Austria on February 23rd. Eighteen people were arrested within the space of an hour, and most of the family have confessed.

Police found €28,000 worth of cash as well as drugs, shotguns, gas guns, a crossbow, a dagger and a machete. Around 350 cannabis plants were destroyed.