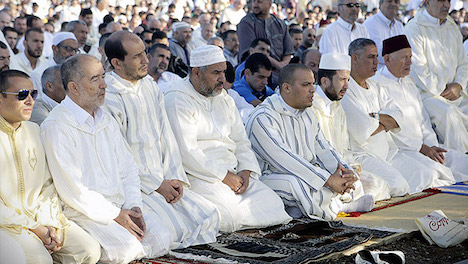 The text aims to promote what conservative Integration Minister Sebastian Kurz calls an "Islam of European character" by muting the influence of foreign Muslim nations and organizations, and offering Austrian Muslims a mix of increased rights and obligations in practising their faith in the central European country.

But the law has generated opposition from several quarters, including Austrian Muslim groups that call it "discrimination" – because it imposes restrictions on Islam that other religions aren't saddled with.

Turkey's leading Muslim cleric, Mehmet Gormez, has decried the bill as "a 100-year regression," arguing that no complaints have ever been lodged about the fact that Turkey funds many imams in Austria.

Austria's far-right Freedom Party, meantime, mocked the bill as a "placebo" at a time when estimates suggest around 200 people from Austria — including women and minors — have gone to Syria and Iraq to join jihadist militias like Islamic Front.

The two-year-old bill passed by parliament on Wednesday predates the recent jihadist violence in France and Denmark but is designed to "clearly combat" the growing influence of radical Islam, Kurz said.

The new law will be studied by Austria's neighbours.

A poll published by the ÖGM institute on Tuesday found that 58 percent of Austrians feel that the nation's Muslims are becoming increasingly radicalized.

To combat the risk of radical indoctrination of foreign origin, the legislation bans Islamic cultural organizations and imams in Austria from receiving funding from abroad.

It also requires the nearly 450 Muslim organizations in the country to demonstrate a "positive approach towards society and the state" in order to continue receiving official licensing.

Imams will be obliged to be able to speak German under the law — a bid to make their comments more accessible and transparent, while also facilitating the fuller integration of Islam into wider Austrian society.

"We want a future in which increasing numbers of imams have grown up in Austria speaking German, and can in that way serve as positive examples for young Muslims," Kurz explained.

The legislation also accords Muslims the right to consult Islamic clerics on the staffs of hospitals, retirement homes, prisons and in the armed forces.

Muslims in Austria will also have the right to halal meals in those institutions as well as in public schools, and will be allowed to skip work on Islamic holidays.

The current text scales back farther-reaching measures contained in an earlier version, including the imposition of an "official" Koran in German that had sparked considerable controversy.

Muslims make up roughly 560,000 of Austria's total population of 8.5 million. Most Austrian Muslims are of Turkish and Bosnian origin, as well as ethnic Chechens and Persians.