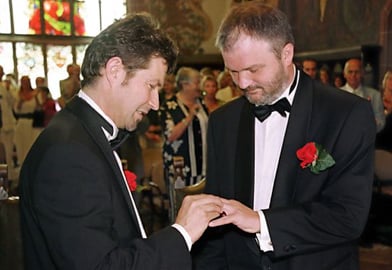 According to the final figures reported by Statistics Austria, nearly six out of ten registered partnerships (55.2%) were male couples. Most partners (58.0%) were in the 30 to 49-year-old age group.

However, the figures didn’t meet Austria's all-time high of 2010, when same-sex unions were first legalized in the country – resulting in 705 gay couples choosing to register their partnerships.

The majority of same-sex unions last year were in Vienna, followed by Styria, and Lower and Upper Austria.

In over 60 percent of unions both partners had Austrian citizenship, in 31.1 percent only one partner did and in 8.5 percent neither partner was Austrian.

The most popular month for tying the knot was July, followed by August and June.