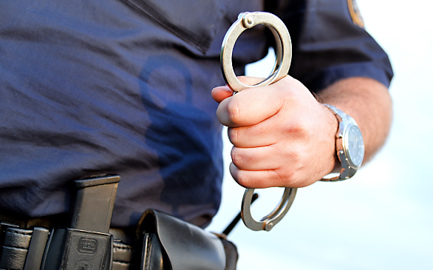 The bailiff had entered the apartment because the tenants had not paid a mobile phone bill – but he quickly retreated and called the police when he saw what he thought was an Isis-flag in the hallway.

When armed police and sniffer dogs entered the empty apartment they found that rather than harbouring suspected extremists it appeared to be an amateur drugs lab, where the tenants may have been trying to manufacture crystal meth.

A report in the Heute tabloid said that police found Isis-flags, swords and machines guns in the apartment, but Vienna police spokesman Thomas Keiblinger said this was nonsense and that there was no evidence that the tenants had been radicalized or had anything to do with Isis. The flag with Arabic script was religious rather than Islamist, he said.

“We did find some chemicals which suggests the tenants had been trying to make crystal meth, and evidence that drug addicts have been living in the apartment,” he told The Local.

“Three people came back to the apartment in the afternoon and were arrested and questioned, but have since been released. The investigation is continuing,” he added.

The apartment is occupied by four people aged between 18 and 21.