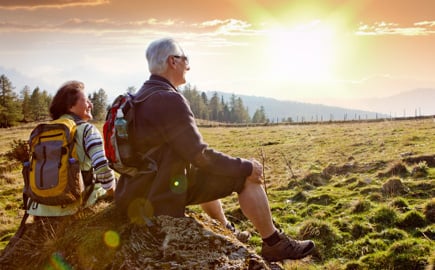 Switzerland tops the ranking, with Austria in 8th place, down from 3rd place last year but still above Germany, the US and Canada.

For the third year Austria ranked highest for healthcare out of 150 countries, followed by Germany and France.

Austria has a “high proportion of health professionals per capita, abundant funding and an improvement in health insurance coverage.

Retirees in Austria also enjoy high levels of material wellbeing with a high level of income equality, income per capita and a low, albeit rising, level of unemployment,” the report stated.

However, the report warns that changes in government policy, an ageing population and immigration all put pressure on social services, while interest rate policy, inflation and market forces challenge financial security.

Austrians may soon face the prospect of working for longer, with calls to reform the pension system and block subsidised avenues to early retirement.

Similar to other eurozone economies, Austria is still suffering from the financial crisis, and saw its economy contract in the final months of 2014.

The report notes that this is having detrimental effects on the current and future finances of retirees, as it has weakened the banking system, forcing the government to bail out the Hypo Alpe Adria Bank in 2014.

This has been credited with widening the government’s deficit and has led to further planned spending cuts in 2015 that could affect public services and programs aimed at pensioners.