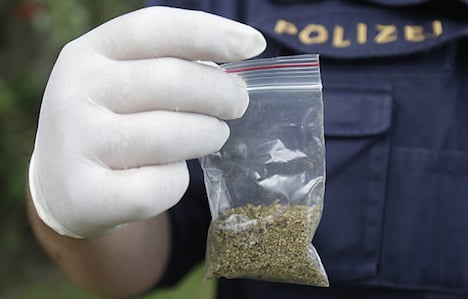 After an accident in 2012, the woman began receiving inpatient treatment at a hospital in Vienna.  She had been left with several broken bones and severe internal injuries after falling from a window, which had left her in constant pain.

She also lost a hand to amputation.

After her initial discharge from hospital, the woman found pain management was impossible as she no longer had access to morphine, so she switched to smoking marijuana at home.

"I was desperate.  It really helped me", said the woman in her defense.

"I was from one moment to the next a cripple. I have until now never needed help in my life."

In order to finance her drug habit, the woman began selling the drug herself, buying at least 2.8 kg of cannabis.

While recovering at home, the woman had a safe installed outside her apartment door.  When a buyer came, she would text them the combination of the safe, allowing them to retrieve keys and enter her apartment, where she concluded the drug deals.

The woman has been given an opportunity to complete a course of withdrawal therapy.  If successful, her sentence is likely to be suspended.