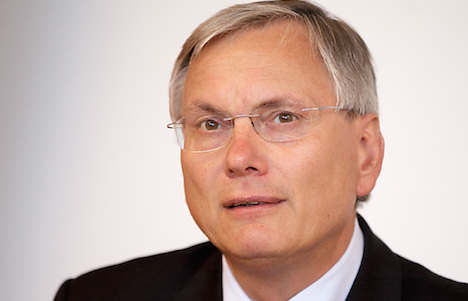 According to a report from the Austrian Press Agency (APA), the minister announced that certain combinations of letters and numbers would be compiled and added to a 'banned' list.  The list currently restricts the use of 'ridiculous or offensive' letter combinations, but doesn't presently cover banned neo-Nazi symbols.

As examples, the minister cited the use of simple substitution codes, where letters are represented by numbers.  For example, the initials of Adolph Hitler are symbolized by the number 18, while the Nazi greeting Heil Hitler would be 88.  Similarly, the Klu Klux Klan would be 311, because K is the 11th letter which appears three times.

Additionally, codes such as NSDAP – which stands for the National Socialist German Workers' Party – and SS would also be banned.

The list of Nazi and racist symbols is currently maintained by the Mauthausen Commitee (MKÖ).

Number plate combinations that already exist before the new regulations go into force, expected sometime in summer, would not be affected.