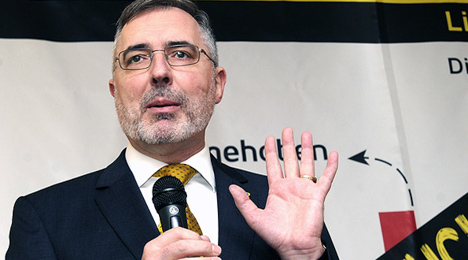 Stadler, who studied law and resigned from the Freedom Party (FPÖ) in 2007, was found guilty in June of attempting to blackmail FPÖ leader Heinz-Christian Strache.

Strache has also spoken in support of Pegida, but Stadler told a gathering of journalists in Vienna that the FPÖ leader was, in his opinion, “one of the most stupid politicians in this country”.

He also attacked the Catholic church, which has been critical of the Pegida movement, saying that “the church plays a pitiful role. It’s more worried about monkeys in the Amazon than Christians in Islamic countries.”

Austrian Pegida supporters plan to hold a second march in Linz, Upper Austria, on February 21st. Left-wing demonstrators will hold a march in opposition to Pegida on the same day.