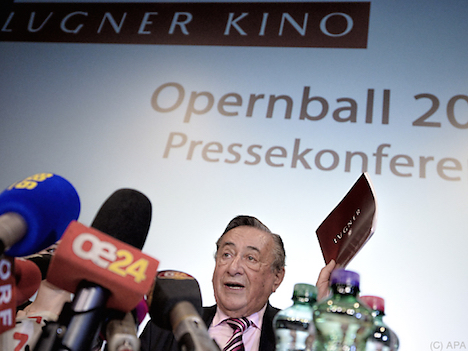 The 59th annual Vienna Opera Ball sold out all of its tickets long ago, bringing a dash of colourful frippery to an otherwise dull Vienna, and marking the highlight of the ball season – at least until the wildly-popular Life Ball later in the year.

This year's ball will be attended by Austrian President Heinz Fischer, who will be accompanied by Doris Bures, the president of the National Council.

Italian model Elisabetta Canalis will be a special guest at this year's ball.  Photo: EPA/HELMUT FOHRINGER

The flamboyant and controversial octogenarian Austrian billionaire Richard Lugner – who last year married a 24-year-old Playboy model – will this year be accompanied by the model Elisabetta Canalis.  Last year's ball was marred by controversy, when Lugner's previous guest, socialite and reality-TV star Kim Kardashian complained of racism during her visit to Vienna.

There will be serious traffic disruptions around the ball venue, with tram lines 1, 2 and D being diverted from 7 p.m., and line 71 out of action from 6:30 p.m.  Commuters are advised to avoid the area if they can by using the subway instead of the trams.

Meanwhile, preparations are in full swing, with this year's debutants practicing hard to get their waltz steps just right for the opening dance. This year's debutants working on their waltz.  Photo: APA/GEORG HOCHMUTH