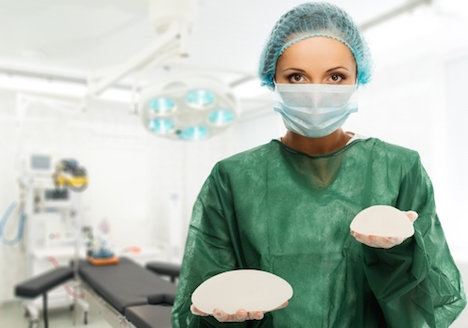 The woman went under the knife in August to correct a cosmetic asymmetry of her breasts.  Instead of the expected Cup Size B (14 to 16 cm), the woman awoke to find that she had Cup Size C (14-16 cm), and that her breasts were more asymmetrical than before.

"She was shocked by the result, and felt like she had the body of Pamela Anderson", said her attorney Paul Wolf.  The woman claims that the doctor used the wrong sized implants, forcing the woman to have another operation to reduce the size at her own cost.

Now the woman is suing her first surgeon for €21,190 in damages.  The physician's lawyer denies the allegations.  The judge adjourned the hearing until June.

PARTNER CONTENT
QUIZ: Can you guess the cost of healthcare in different countries?