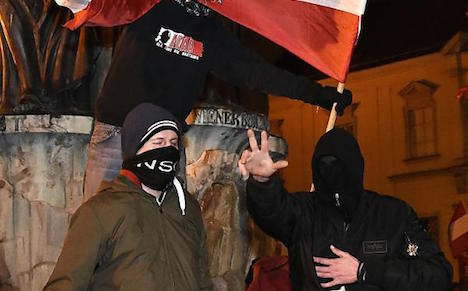 Possible provocateurs in action at the Pegida march in Vienna on Monday. Photo: APA/HERBERT P. OCZERET

According to the recently resigned Pegida spokesman Georg Immanuel Nagel, the demonstration in Vienna was a complete success, despite the relatively low levels of attendance compared to similar demonstrations in Germany.

The group is now planning a demonstration on Sunday afternoon in Linz, starting at 15:30.

The march in Vienna was marred by isolated incidents of Nazi greetings and salutes, leading Austrian police to call for media companies to provide footage, in which possible violations of the country's Nazi prohibition laws may have occurred.

According to an announcement posted on the Pegida Austria Facebook page, the group plans an additional march in Vienna later in the year, although no date has been announced.

"Even if not everything went completely according to plan, we received a clear signal from our members for more public participation and transparency", write the group's spokesman.

Police are considering whether subsequent marches will be allowed, given the possible violations of the prohibition law.

The group claims that the incidents on Monday were largely the work of left-wing provocateurs mixing with their real supporters. They disassociated themselves from the actions of such participants.

"We do not know who this man was and why he carried out this gesture. We assume that he was a provocateur," said Nagel in a statement to the APA. 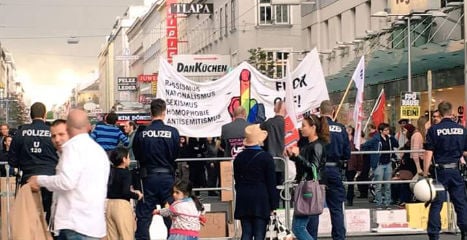 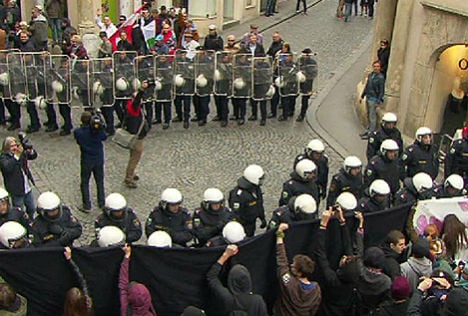