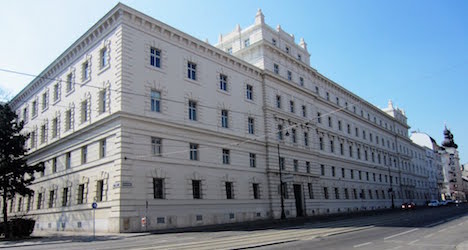 He is said to have made Facebook postings which compared the prophet Muhammad with a pig, as well as calling for glorification of Nazi ideas.  The man is a student of chemistry and history who has been living in Vienna since 2010, according to a report from the Austrian Press Agency (APA).

Judge George Olschak decided that the insult to Islam was deeply offensive, as well as illegal religious incitement, and merited the two year sentence.  State prosecutor Stefanie Schön said that the partly-suspended sentence was too lenient, and said that she would register an appeal calling for a longer prison term.

The trial of the Danish student was the result of investigations by anti-Fascist Uwe Seiler, who has been combating far-right propaganda and neo-Nazi rhetoric on the Internet for several years.  Seiler had used data forensics to show that the student had posted a series of offensive comments, including racist and Islamophobic statements, as well as writing "It's time to fight on behalf of the Nazis."
In his defense, the Dane said that it was "an absurd accusation and a violation of [my] human rights."  He pointed out that he had written most of the postings in his own language, saying "If I had wanted to speak to an Austrian audience, I would have written it in Turkish.  Of course, in the past I would have used German."
He further protested that the court process was unrealistic, adding that "it makes no sense to give half answers to questions [from the prosecutor] without preparation."  To properly assess his views was "a matter for historians, and not for the court."
Because the accused did not recognize the validity of the court, he protested by remaining seated when the jury was being sworn in, and when the verdict was being read out.
During pre-trial custody, the man defaced prison property with swastikas, and wrote the slogan "Freedom for Gottfried Küssel".  These actions may lead to additional charges, according to the prosecutor.  (Küssel is a far-right extremist and holocaust denier who is currently in prison for nine years for neo-Nazi activities.)