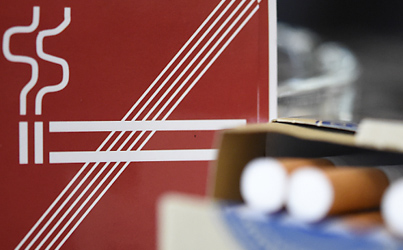 Oberhauser will be holding talks with Vice Chancellor Reinhold Mitterlehner (ÖVP), as well as with representatives from the catering industry and Finance Minister Hans Jörg Schelling (ÖVP) about possible compensation for any loss in business that bars and restaurants fear they will suffer.

Even die-hard smokers, when arriving in Austria, are surprised by the clouds of blue haze filling bars and restaurants, long after the rest of western and central Europe stubbed out puffing in public places.

Small cafes and restaurants under 50 square metres (500 square feet) can ignore the ban, while larger establishments need only provide a non-smoking section.

Oberhauser refused to comment on a proposal by Family Affairs Minister Sophie Karmasin (ÖVP) that under-18s should be banned from buying cigarettes, saying that the priority now was to ban smoking in restaurants.

According to international figures Austria has the highest rate of teenage smokers.

A Don’t Smoke campaign in Austria recently gained momentum after the tragic death of prominent journalist Kurt Kuch of lung cancer at the age of 42.

The former chain smoker was a vocal supporter of the Don’t Smoke campaign and said that taking up smoking was the worst decision he ever made.

The Don’t Smoke campaign has pledged to award a free holiday in the Dolomite mountains to whoever collects the most signatures by the end of January for its petition supporting a stricter smoking ban and better protection for passive smokers and young people. 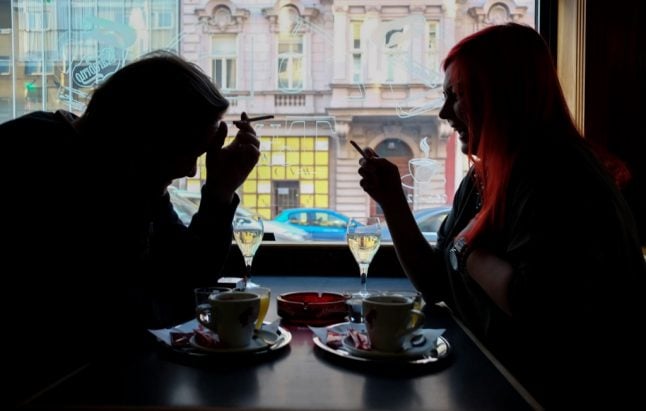 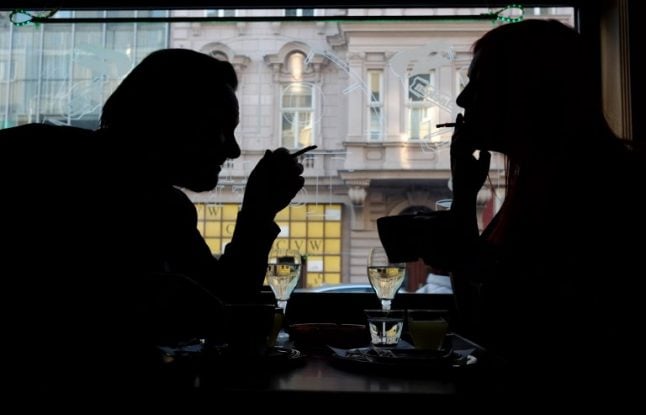 SMOKING
Austria tiring of being ‘ashtray of Europe’

Guests puff on cigarettes in a Vienna bar. Photo: AFP

Pressure is now mounting on Austria's far-right Freedom Party (FPÖ) to drop its opposition to a referendum on the issue after the petition organised by Austria's medical association garnered 881,569 signatures.

The result, which represents 14 percent of the electorate and more than 10 percent of the population overall, is the seventh largest for a petition of its kind, according to public radio Ö1.

Austria is one of the last European countries where smoking is still permitted in bars and restaurants despite calls for bans dating back 13 years, prompting anti-smoking groups to dub it the “ashtray of Europe”.

That looked as though it would change when in 2015 the previous government — a “grand coalition” of the centre-left Social Democrats (SPÖ) and centre-right People's Party (ÖVP) — voted through a ban that was meant to take effect in May this year.

However, after elections in October 2017, the FPÖ and its leader Heinz-Christian Strache — himself a keen smoker — made dropping the ban a condition of joining a coalition with the ÖVP of Chancellor Sebastian Kurz.

As a result, smoking in bars and restaurants stayed legal as long as it was done in a separate area — although this rule is not always rigidly implemented.

The situation is an “aberration” which is “contrary to the trend across the rest of the world”, according to the medical association, which stresses that 13,000 people die each year in Austria from smoking-related causes.

According to Eurostat, 30 percent of Austrians over the age of 15 smoke — the third-highest proportion in the EU — and it has some of the EU's cheapest cigarettes.

The impressive level of support for the anti-smoking petition has put the FPÖ in an awkward position: the party has said it is keen to promote “direct democracy” but has consistently refused to entertain a referendum on the smoking issue.

“If the call for direct democracy is more than just an election campaign joke, the government has to allow a referendum,” said new SPÖ leader Pamela Rendi-Wagner.

The FPÖ has put its own gloss on the results of the petition.

According to prominent FPÖ MP Walter Rosenkranz, the high level of participation “demonstrated a desire for more direct democracy among the population”.

At the same time, party leader Strache stressed that “more than 85 percent” of voters did not sign the petition and that it had not achieved the threshold of 900,000 beyond which the party had promised a referendum at some point
after 2021.

However, the Austrian press largely echoed the Kronen Zeitung tabloid when it said “it will be difficult for the FPÖ to explain why they're not organising a referendum straight away”.

Several prominent ÖVP politicians have also come out in favour of a referendum, including the mayors of Graz and Salzburg.

Even though he was also part of the previous government that backed the law, Chancellor Kurz has maintained a studied silence on the issue.

Strache, who is also vice-chancellor, claims the current setup maintains “freedom of choice” and protects “the interests of non-smokers, smokers and restaurateurs”.

However, a growing number of establishments are themselves becoming smoke-free.

The country's Economic Chamber, which represents businesses, says that “not a single establishment set up this year has set aside a smoking area”. 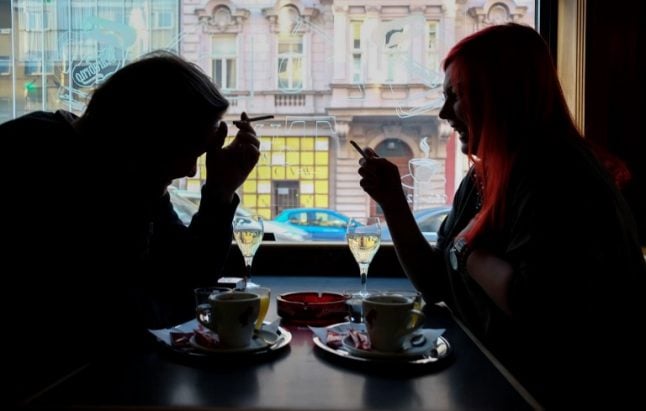 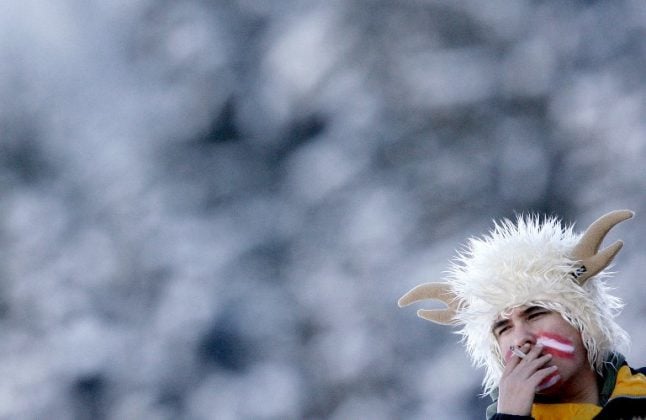