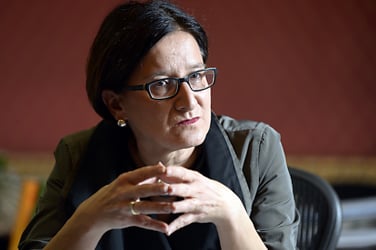 Interior Minister Johanna Mikl-Leitner told the national broadcaster ORF that a group of security experts are working “under pressure” to draft the new measures, which she hopes to announce at the end of this week.

The French cabinet has held a crisis meeting on security after 17 people were killed in Paris last week in attacks at satirical magazine Charlie Hebdo, on a police officer, and at a kosher supermarket.

She said that she had a clear commitment from Chancellor Werner Faymann that money would be available to bolster the security services. She couldn’t say how much the new measures would cost but said it would be somewhere in the three-digit million range.

She added that there needed to be “tighter controls” on the numbers of people returning to Austria after fighting with militants in Iraq and Syria. The interior ministry says that so far 170 people have left Austria to join jihadist fighters, and 60 of them have returned and are under observation by the security forces.

Mikl-Leitner confirmed that Austria is on “high alert” in the wake of the French attacks and that busy areas are being more heavily policed. In a New Year’s address to the diplomatic corp in Vienna on Monday, Austrian President Heinz Fisher condemned the attacks in Paris “in the strongest terms”, and expressed solidarity with the victims. “Je suis Charlie”, he said.

He spoke against "fanaticism, fundamentalism, violence and even an exaggerated nationalism," but added that "religious groups and their leaders are trying to reset the divide and establish common ground".

Meanwhile, Austria's Jewish Community (IKG) has written an open letter to the government complaining that the Jewish victims of the Paris attacks were all but forgotten in a memorial rally in Vienna on Sunday.

"Everyone is Charlie but no one is a Jew!", IKG president Oskar Deutsch said. Four Jews were killed in the attack on a kosher supermarket at Porte de Vincennes on Friday.

"The Jewish community wonders why it seems so difficult to honour the Jewish people and to call them by name, so they will never be forgetten. They were Europeans, who were executed because of their religion," the statement from the IKG read.