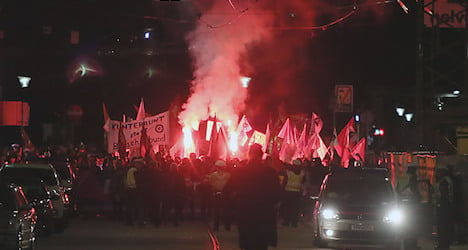 The Annual Linz Burschenbundball was targeted by left-wing demonstrators, protesting against the celebration of what author and keynote speaker Hans-Henning Scharsach called the "intellectual backbone of neo-Nazism" and as "a [set of ] unconstitutional organizations".

The planned demonstration consisted of between 500 and 700 people, who marched noisily but peacefully from the starting point at the Linz railway station, to the Hessenplatz where the ball was scheduled to be held.

Initially, police praised the discipline of the protesters, although a few did light flares. Police allowed this to happen for "reasons of proportionality", according to officials.

Most protesters didn't wear hoods or masks, as those had been banned for security reasons, but a few hard-core protesters were seen protecting their identities.

The ball was being held at the Commercial Palais Club, around which police had established a cordon to prevent protesters from clashing with the attendees.

It was at the end of the demonstration that confrontations with police began, when a group of 50 people attempted to attack visitors to the ball.

Another group of 150 people broke off and attempted to form a blockade at the building entrance, to prevent ball-goers reaching the ball venue.

"If we had not intervened, people would have been injured," said police spokesman David Furtnerteich.

A spokeman for the demonstration organizers 'Linz Against the Right', Dominik Samass, said that their group had no control over incidents occurring at the end of the rally.  He described the Burschenbundball as a "big right-wing event".

Scharsach criticized Upper Austrian Governor Josef Pühringer of the Austrian People's Party (ÖVP) for his attendance at the ball, claiming that he was showing support to the far-right members of the student fraternities, which were dominated by members of the far-right Freedom Party (FPÖ.)

A similar ball will be held in Vienna on January 30th, and is likely to attract massive protests, as it did in 2014. 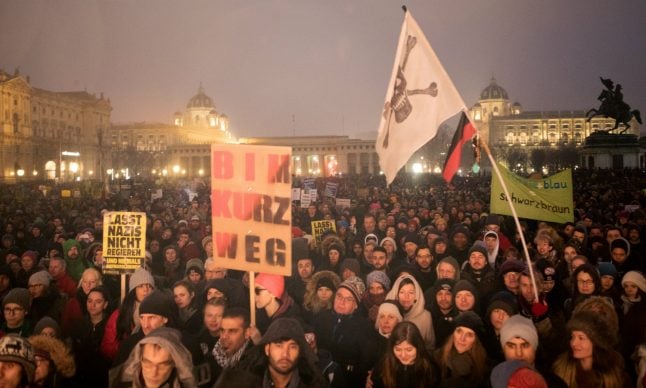 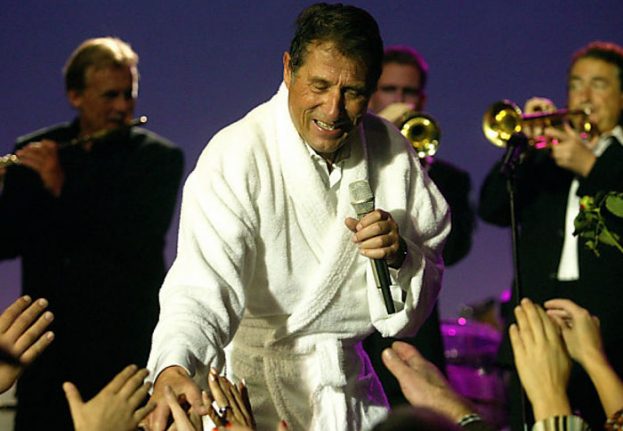