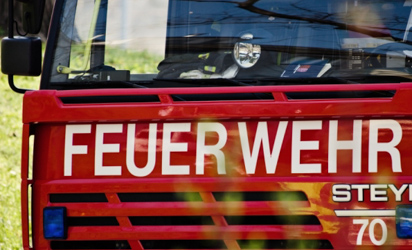 The man had to break down the cellar door and fight the flames with a portable fire extinguisher to save his 70-year-old mother-in-law.

The pensioner had lit the candles at around 3pm in the kitchen but had then fallen asleep in another room.

She woke up an hour and a half later to discover smoke and tried to escape from the house in Ludersdorf-Wilfersdorf. But because she was in such a state of shock she was unable to unbolt her front door.

Luckily her daughter and son-in-law arrived at this point. After the elderly woman had been rescued the man continued trying to put the fire out and a neighbour called the fire brigade.

65 firefighters were able to extinguish the blaze.

The 46-year-old man was taken to hospital with second degree burns.