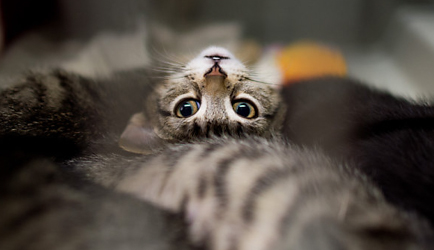 Last year there were 802 recorded incidents of animal cruelty, and a quarter of those were in Lower Austria.

One case in Vienna made headlines in August after a group of youths tortured and strangled a wild boar piglet in a wildlife preserve.

Pfurtscheller and Wagner have consulted experts who have presented evidence in favour of harsher sentences and have shown that cruelty against animals is often the first step to further violent crimes.

A spokesman for Health and Welfare Minister Sabine Oberhauser (SPÖ) said that in principle the ministry supported a tougher penalty but needed a green light from the justice ministry before the law could be passed.

Justice Minister Wolfgang Brandstetter has said that he intends to change the law as part of “the new penal code for 2015” but did not give an exact date.

The Liberal Neos and Team Stronach party have said they are fully behind the initiative.

Greens MP Madeleine Petrovic, who is the president of the Vienna Animal Protection Association, has signed the initiative and said that she believes Austrians now take animal cruelty more seriously.