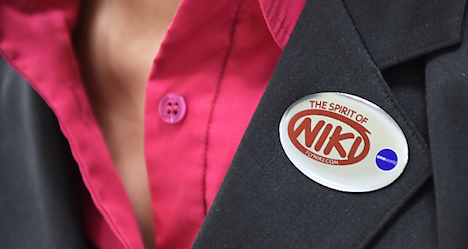 The flight between Vienna and Bratislava, which lie just about 50 kilometres (30 miles) apart, will last about 20 minutes, the airline said, claiming that this would be the world's shortest flight between two countries.

The trip between the two European capitals usually takes a little over an hour by train or road.

Factoring in the 15 minutes it takes to get to the airport from downtown Bratislava, or 20 minutes in Vienna, plus check-in time, an intercity bus could still be faster (and it's definitely cheaper).

Fly Niki has said the flights are appropriate for commuters catching a connecting flight in Vienna.