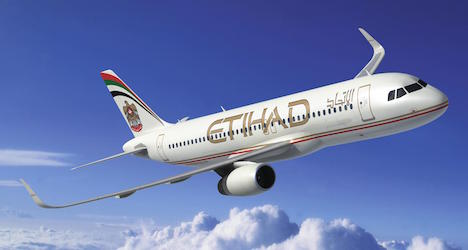 Etihad flight EY23 got off to an inauspicious start on Friday when it had to wait 13 hours to take off due to thick fog in the Persian Gulf – with the passengers forced to wait it out in their seats.

Asked why they hadn't been allowed to leave the aircraft, Etihad would only say that the flight had been one of the services “most heavily affected by the congestion” at Abu Dhabi.

But the misery wasn't over for the unlucky travellers, as a 73-year-old man suffered a medical emergency in mid-air. Pilots diverted to Vienna so that he could receive treatment, but he later died.

Since the crew were now over their limit for time on duty, the airline arranged hotel rooms for the passengers in the Austrian capital, where they spent the night.

The aircraft arrived in Düsseldorf on Sunday afternoon, finally releasing its exhausted passengers to their friends and loved ones.

Passengers at the airport had different reactions, with some saying there had been “chaos” in the plane while others praised the crew's performance under pressure during the medical emergency.