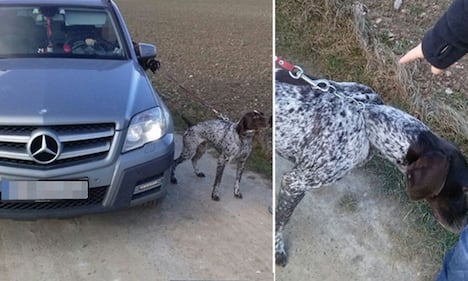 The woman was seen by several witnesses dragging the dog, a German wire-haired pointer, alongside the car with a choke collar on an inflexible leather leash.

According to reports from the witnesses, the distressed dog was being dragged along as the woman drove, the leash held in her left hand.

When stopped by concerned citizens, the woman explained that she had recently had back surgery, and was unable to walk.

The animal rights group Association Against Animal Cruelty (VGT) filed a complaint with the district authorities in Baden, against the woman whose car bore a Tulln number plate.

"If you had even a little compassion, you would have recognized that a dog suffers when you drag him along in a choke collar from a moving car," explained VGT spokesman Elmar Völkl.