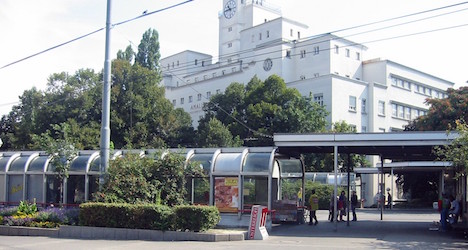 Photo: "Wien U-Bahn-Station Reumannplatz 3" by Invisigoth67 - Own work. Licensed under CC BY-SA 3.0 via Wikimedia Commons
An expert bomb specialist from the police investigated the package, and within minutes, was able to give the all-clear, according to a report from news daily Kronen Zeitung.
After opening the package, he found that it contained hand-cream, which is usually not considered to be dangerous.
During the temporary suspension of the station, which forms the southern terminus of Vienna's main subway line, trains ran from the nearby Südtirolerplatz station.
A police spokesman said on Thursday afternoon that an explosive detection dog team was also used in the investigation.