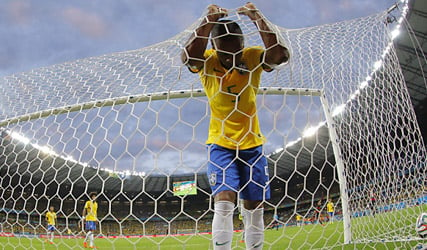 It comes as no surprise that the biggest sporting event of the year should have gripped the nation, or that Austria’s drag entertainer Conchita Wurst’s European Song Contest victory would have delighted a country that had waited 48 years for such a triumph.

And despite polarizing opinion, Conchita Wurst was the seventh most popular Google search worldwide – ahead of Isis and the Sochi Olympics. She really has helped put Austria on the map.

The most popular search term worldwide was Robin Williams, after the US actor and comedian tragically died in an apparent suicide in August.

The annual search term data released by the internet giant on Tuesday also showed that Ebola, the Crimean crisis and Ukraine were the top news stories of the year for Austrians.

And on the subject of food, Austrians were most interested in finding out more about parasol and cep mushrooms, followed by trendy chia seeds.

Check out the GALLERY FOR TOP TEN FOOD ITEMS according to Google searches in Austria.