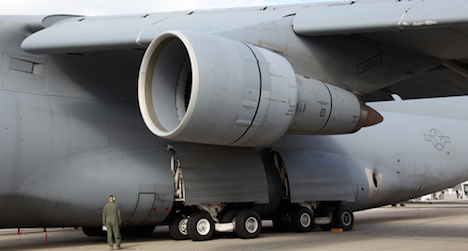 The report is based on an in-depth investigation by the US senate, and was led by US Senator Dianne Feinstein, the chairwoman of the Senate Intelligence Committee.

Although many parts of the report are redacted, or have code names instead of countries, reporters and analysts have combined other information to glean details of which countries were actively supporting the US in its program of secret prisons around the world, where torture was allegedly carried out by the CIA on a routine basis.

There were levels of cooperation in the program.  At the top were five countries with secret CIA-run prisons, including Afghanistan (4 sites), Poland, Lithuania, Romania and Thailand.

Several other countries ran proxy prisons, where suspects were routinely tortured on behalf of, and with the active cooperation of the CIA, who often rendered the suspects into their custody.  They include Egypt, Syria, Libya, Pakistan, Jordan, Morocco, Gambia, Somalia, Uzbekistan, Ethiopia and Djibouti.

At the bottom of the list is a large group of countries which passively supported the suspected torture and known illegal rendition operations, including European countries such as Austria, Sweden, Finland, Denmark, Italy, Spain, Germany and the UK.

Neither Norway nor France participated in the secret rendition program, according to reports.

Austrian airspace
One CIA plane allegedly carrying suspected terrorist captives flew through Austria's airspace in 2003, air force commander Major General Erich Wolf told state radio: the flight in question – a C-130 Hercules transport plane that took off from Frankfurt, Germany, and headed to Azerbaijan – crossed Austrian airspace on 21 January, 2003.
In January 2003, the Austrian air force sent up two fighter jets to check on a suspicious Hercules flying under registration number N8183J. An investigation later revealed that the plane had taken off from the Rhine-Main Airbase in Frankfurt and was operated by Tepper Aviation, which is considered a CIA front company.
The German government has a list of at least 437 flights suspected of being operated by the CIA in German airspace, according to a German magazine. The number comes from German air traffic controllers. The weekly Der Spiegel said two planes alone accounted for 137 and 146 uses of airspace or landings in 2002 and 2003. The report said the heaviest traffic was at Airports in Frankfurt, Berlin, and at the American air base in Ramstein.
In 2005, Austria joined several other countries investigating whether the US CIA conducted unauthorized flights through their airspace in 2003 while transporting terror detainees.  Austria refused to allow the US to use its airspace during the invasion of Iraq.
Pentagon spokesman Navy Lt. Cmdr. Joe Carpenter, said the US would not disclose which countries a military plane may fly over "or make brief refueling stops in during detainee movements … (because) doing so would constitute a safety risk to both the detainees and our troops."
Since it was alleged in early November 2005 that the US may have interrogated key suspects in secret prisons in eastern Europe, several countries investigated whether CIA aircraft entered their airspace. Airports or airspace may have been used in Spain, Cyprus, Ireland, Sweden, Denmark, Iceland, Norway, Macedonia and Malta, as well as the US air base at Ramstein, Germany.