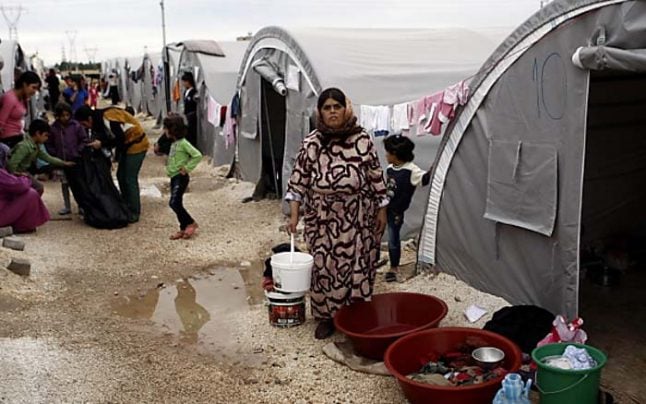 Germany and Sweden have received 64 percent of all EU asylum applications from Syrians escaping the ongoing conflict in their home nation, according to the new report by Amnesty International.

Sweden currently takes in more refugees per capita than any other European country and the Swedish government has pledged 1,200 resettlement places.

The remaining 26 EU countries have pledged a mere 5,105 resettlement places between them.

Under the the Austrian Humanitarian Admission Programme (HAP) Austria has pledged a generous 1,500 resettlement places and so far 500 Syrian refugees coming directly from the crisis region have been resettled, according to Amnesty International Austria.

Spokeswoman Christine Newald said that compared to the UK, France or Italy Austria is doing well in terms of resettlement but "could still do better".

After they arrive, refugees are taken to the initial reception centre in Traiskirchen, close to Vienna. They are offered medical support, granted asylum after a short interview and stay for one to three days in the centre until a destination has been found.

Some of the Syrian refugees will be accommodated by relatives already living in Austria and others will stay in accommodation provided for asylum seekers for up to four months – until a more permanent solution is found.

There are also a number of Syrian refugees in Austria who are applying for asylum under the standard procedures.

Around 3.8 million Syrian refugees are being hosted in five main countries within the region: Turkey, Lebanon, Jordan, Iraq and Egypt. Only 1.7 per cent of this number have been offered sanctuary by the rest of the world since the crisis began more than three years ago.

Amnesty's report comes ahead of a major UN conference in Geneva on December 9th.

Meanwhile, this week the Austrian government said it couldn't afford to increase its financial contributions to the UN humanitarian appeal for food aid for Syrian refugees.

The United Nations World Food Programme (WFP) has warned that it will no longer be able to provide for 1.7 million Syrians as donors have not been fulfilling their financial commitments.

So far this year Austria has donated €400,000 to the WFP. The Greens and aid agencies are calling on the government to increase its foreign disaster fund to €20 million.