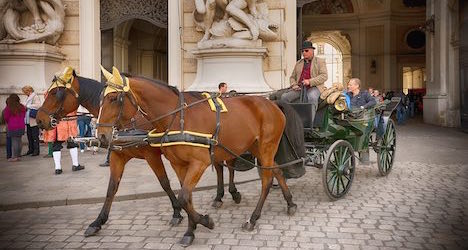 The young animal known as Ganges was being trained to pull one of the Austrian capital's famous Fiaker carriages popular with tourists when it escaped at dusk on Wednesday, police spokesman Roman Hahslinger said.

The animal was reported to be in a collision with two cars on the Reichsbrücke, one of Vienna's most important Danube bridges.

Tearing along one of the main routes out of the city, "the horse collided with a car, damaging the vehicle, and then jumped onto another, smashing the windscreen with its hooves," Hahslinger told AFP. Ganges is the name of the injured horse. Photo: APA

"The horse, bleeding heavily from its front legs, carried on running but eventually came to a halt and the owner managed got hold of it," he said.

The animal's injuries were however not serious. The driver of one of the cars also sustained light injuries and a police car was also damaged. 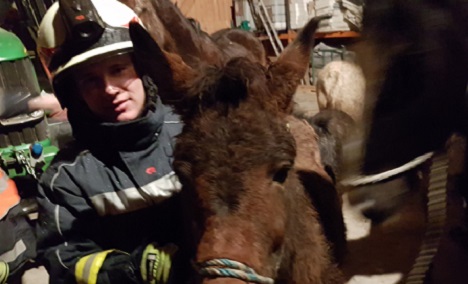 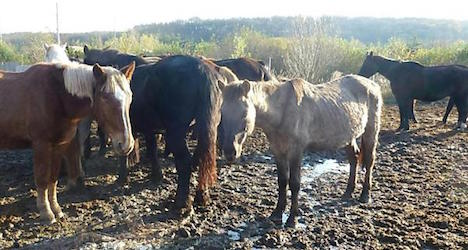