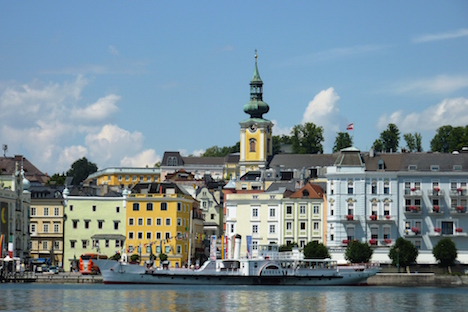 The woman lit a fire around 1pm on Sunday afternoon, and fed it with firewood she had bought from a local hardware store — the same place where she had bought the wood burner two months previously.

Unbeknownst to her, the wood contained a World War II vintage fragmentation grenade.

According to police spokeswoman Petra Datscher, the shell had most likely lodged in a tree during fighting more than 70 years ago, and the tree had then grown around the explosive, protecting it from the elements.

When the wood from the tree was harvested, the shell was still lodged hidden inside a log, which had been cut for firewood.

The fire caused the shell to explode violently, but fortunately the wood burner was strongly-built, and contained the force of the blast.

The glass door to the wood burner however was completely shattered. Fragmentation grenades similar to the one found in the firewood.  Photo: www.fieldgear.org

The woman called the police, who brought in a specialist bomb disposal team.

The team was able to confirm that the 8cm long by 2cm wide shell was a war relic, and determined that all the explosive was now burned away by the fire.

Fortunately, no one was injured, and damage was limited to the wood burner.

World War II munitions turn up on a regular basis in Austria.  In August, a pensioner hunting for mushrooms found a live grenade in the woods near Molln in Upper Austria, while in May, a teenager found another grenade washed up on the shores of a lake near Salzburg.