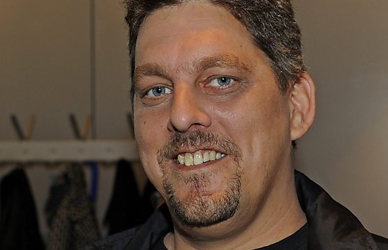 Hans Jörg Mayr, a spokesman for the public prosecutor's office, told the Austrian Press Agency (APA) that an investigation is ongoing and he could not comment on the details of the case.

The Tiroler Tageszeitung newspaper reported that police seized 2,200 grams of marijuana, 500 grams of hashish, 13 grams of cocaine and €34,000 worth of cash from Alexander Ofer’s apartment.

Ofer told APA that the drugs were for his own consumption, and he had bought them with his own money. He rejected allegations that he had been selling drugs.

He was arrested at Munich airport, where he was returning from the Netherlands, and is due to be questioned in Innsbruck on Friday. The Tiroler Tageszeitung reported that he had been receiving psychiatric treatment abroad.

The Inn Pirates party is in favour of legalizing cannabis and has called for volunteers to take part in a ‘scientific study’ called THC4all – which would allow them to legally consume marijuana as part of research into its long-term effects.

One 17-year-old recently openly smoked a joint at college, showing his THC4all membership card when he was told off by a teacher.

Hans Jörg Mayr said that as far as the public prosecutor was aware the study had not been approved by an ethics committee.

Ofer said that a “hemp bank” would open in Innsbruck on December 22nd, which would sell a gram of medical-grade cannabis for €3 to participants in the study. Heinrich Stemeseder, a friend of Ofer, said the drug would be distributed from an armoured car which would drive through Tyrol.

Two thousand people are reported to have registered for the study, although several have complained that they still haven’t received their membership card, which cost €25.