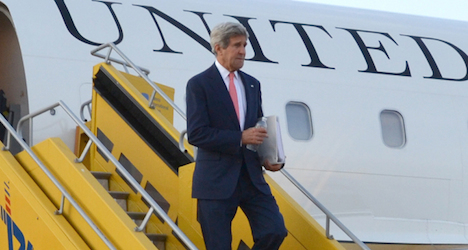 The failure came despite an intensive five-day diplomatic push in the Austrian capital Vienna involving the foreign ministers of Iran, the United States, Russia, China, Britain, France and Germany.

But US Secretary of State John Kerry, speaking in Vienna, and Iranian President Hassan Rouhani, speaking in Tehran, said real progress had been made in the talks and raised hopes a deal could eventually be sealed.

"This path of negotiation will reach a final agreement," Rouhani said on state television. "Most of the gaps have been removed."

In their second extension this year, Iran and the five permanent members of the UN Security Council plus Germany, known as the P5+1, will seek to strike an outline deal by March and to nail down a full technical accord by July 1, officials said.

"These talks aren't going to suddenly get easier just because we extend them," Kerry said Monday as he and other officials conceded the midnight deadline would be missed.

"They are tough. They have been tough and they are going to stay tough," he told hundreds of journalists crowded into a tent outside the 19th century palace where the talks were held.

"But in these last days in Vienna we have made real and substantial progress and we have seen new ideas surface."

"All of us are insisting that we don't need seven months" to strike a deal, because the negotiators are going to get down to work immediately, Zarif said.

In the best chance to resolve the standoff over Iran's nuclear programme, the P5+1 world powers have been for months seeking to turn an interim deal into a lasting accord.

Such an agreement is aimed at easing fears that Tehran will develop nuclear weapons under the guise of its civilian activities, an ambition Iran denies.

It could see painful sanctions on Iran lifted, silence talk of war and usher in a new era of cooperation between Washington and Tehran, which have called each other the "axis of evil" and the "Great Satan."

But a last-ditch diplomatic blitz in Vienna in recent days involving Kerry and the other foreign ministers failed to bridge the remaining gaps.

This included eight meetings since Tuesday between Kerry and Zarif and numerous other gatherings in the Austrian capital.

Diplomats said that, despite some progress, both sides remain far apart on two crucial points: uranium enrichment and sanctions relief.

Enriching uranium renders it suitable for peaceful purposes like nuclear power. But at high purities it is also used as the fissile core of a nuclear weapon.

Tehran wants to massively ramp up the number of enrichment centrifuges in order, it says, to make fuel for a fleet of power reactors that it is yet to build.

The West wants the enrichment dramatically reduced, a move which together with more stringent UN inspections and an export of Iran's uranium stocks, would make any attempt to make the bomb all but impossible.

Iran wants painful UN and Western sanctions that have strangled its vital oil exports lifted, but the powers want to stagger any relief over a long period to ensure Tehran complies with any deal.

More time on the clock

The conditions set by last November's interim deal will remain in place until July, including a continued freeze by Iran of contentious parts of its nuclear activities.

In return, Iran will keep receiving around $700 million (560 million euros) in frozen funds per month, British Foreign Secretary Philip Hammond said, or $4.9 billion by July, adding to some $7 billion received since January.

Another extension — as happened to an earlier deadline of July 20 — however carries risks of its own, including possible fresh US sanctions that could lead Iran to walk away.

"New sanctions legislation against Iran, which has been proposed by more than several members of Congress, would undermine the chance to reach a comprehensive deal that guards against a nuclear-armed Iran," Arms Control Association analyst Kelsey Davenport told AFP.

"The imposition of new sanctions measures will most certainly provoke Iran to take escalatory measures that could lead to a larger crisis in the Middle East."

Kerry appealed on Monday to US lawmakers — with Republicans in control of both houses from January — not to pass fresh sanctions on Iran.

"This is certainly not the time to get up and walk away… We look for your support (in Congress) for this extension," Kerry said.

US House and Senate members reacted coolly to the extension of negotiations, with sceptical lawmakers demanding Congress "tighten the economic vice on Tehran" through new sanctions.

The European Union is likely to extend a freeze on certain sanctions against Iran, a diplomatic source in Brussels said.

Such a move could be adopted by the 28 members of the EU as early as Tuesday. The measure would involve a range of sanctions suspended in January. 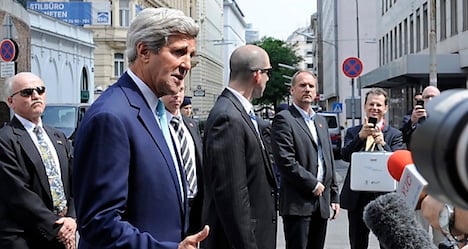 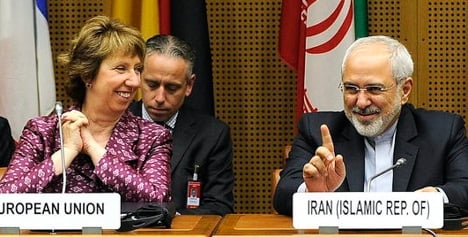