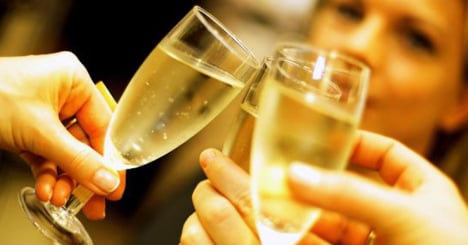 There are many clichés about Austrians, some of them contradictory. On the one hand they are renowned for their laid-back attitude and love of home comforts (Gemütlichkeit) and on the other hand they can sometimes be a little unfriendly to outsiders (well, in Vienna at least).

But knowing something about Austrian social norms should help ensure you see the friendlier side, and never fear, Austrians will usually let you know if you’re not following the rules.

Do expect disapproving looks, head shaking and loud tuts if you dare to cross the road at a red signal – as jaywalking is not allowed in Austria and can earn you a fine.

But remember, it’s not considered rude to stare at people in Austria – in fact it’s rather normal so go on, take a good, long look!

The Local’s list gives you 12 tips for making (and keeping) friends in Austria — some of which are slightly tongue-in-cheek.

1. Making an effort to learn a bit of German will make you friends. There are two ways of saying you – "Du" (informal) and "Sie" (formal). Make sure you learn some phrases with the formal pronoun, to avoid sounding rude. As a rule use “Sie” when talking to someone older. Among friends and at universities the informal Du is used.  With really close friends, the term Scheisskopf may be substituted without offense.

2. At a social gathering let your host introduce you, or if by yourself – introduce yourself. Shake hands with people and look them in the eyes. It's something of an old fashioned cliche that a gentleman kisses a lady’s hand, so probably safest to stick with the handshake.  A useful compromise is to lift the woman's hand to your lips, but not actually touch them.  If you must, kiss the back of your own hand.

3. Titles are important in Austria, particularly when doing business. Many people get their title or academic degree included in their passports and those with a masters (Magister) degree have it written before their name. Most titles are used instead of a name when referring to a person directly, for example Herr Magister or Frau Doktor.  Several cases exist where people will fake academic titles to try to earn more respect from tradesmen.

4. Greetings – say Hallo, Guten Tag, or (typically Austrian) Grüß Gott when entering smaller shops – and Auf Wiedersehen when you say goodbye.  Atheists – who don't want to say "Greetings of God" – may substitute the non-deity of their choice, e.g. Grüß Darwin.  To avoid insult, ask to see the person's driving license – if they're wearing a colander as a hat, then they're probably atheist, or a confused worshipper of the Flying Spaghetti Monster.

5. Punctuality is a quality valued by most Austrians – so do apologise if you are late for a meeting or appointment. Delays of 15 minutes or more may upset your dinner host. Remember, this is a country where train delays of five minutes get announced at the platforms with an apology.  On the other hand, being too early for an appointment is a sign of incipient mental illness, or possibly being a "Piefke" German, neither of which are popular in Austria.

6. If you are invited to dinner at someone’s home it’s polite to take flowers or a bottle of wine as a gift. Traditionally you should always give an odd number of flowers – as even numbers mean bad luck (except for 12) – and don’t give red carnations (the official flower of the Social Democrats), lilies or chrysanthemums (funeral flowers).  The latest trend is to take a gift of marijuana for your host – but it has to be high grade bud, or your host will feel insulted.

7. Table manners. It’s common to say Mahlzeit or Guten Appetit before eating. The host will usually give the first toast. Before drinking, everyone is expected to lift and clink their glasses, look the person making the toast in the eye and say, Prost! If attending a formal dinner wait for whoever is at the head of table to nod towards the table or take their knife and fork as a signal for everyone to start eating.  Throwing your glass in the fireplace after a toast is considered to be in poor taste, and possibly unwise given that most Austrian city apartments lack a fireplace.

8. Neighbourly etiquette also has its rules. If you live in an apartment block be aware that shared areas such as pavements, corridors, and steps should be kept clean – if not, expect angry notes to start appearing. And don't expect to get away with playing loud music after 10pm.  It's been estimated that nearly 20 percent of Austrians have problems with their neighbours, so try to stay on good terms with them, or you might find a bag of flaming poop on your doorstep.

9. Tipping – in restaurants and bars a service charge is not included in the bill. Staff will expect you to round your bill up to the nearest even number by about 10%. So if your bill is €28 and you are satisfied with the service round it up to €30 and pay that amount to the waiter. To avoid getting short changed remember that saying "danke" when presenting your payment is the Austrian equivalent to saying, "keep the change".  Another signal for keeping the change is "Stimmt so."  Leaving a restaurant without paying at all, let alone tipping, is considered a serious breach of etiquette.

10. Chivalry. Traditionally, an Austrian man will open doors for a woman, help her into her coat, move her chair, and so on. This is considered good etiquette, and is still common in certain social environments in Austria. Some younger women may consider this behaviour patronising. If in doubt, just ask.  Also, don't move the chair while the woman is still sitting in it.

11. Nudity, or topless sunbathing can be common at lakes in the summer but as a rule of thumb look at the locals' behaviour and follow their example. An FKK sign at pools and lakes indicates that this is a zone for nude swimming and sunbathing.  When visiting an FKK zone, it is considered very rude to remain clothed. This also applies to Austrian saunas, where you are forbidden by law to wear a bathing suit, and will be asked to leave if you don't remove it.  In spas, swimming pools require a bathing suit. Usually, nudity is unacceptable in restaurants or the U-Bahn, according to most social commentators. 12. Smoking.  Smoking among young people is very common in Austria.  In Viennese dialect, you can ask your friends for a cigarette with the words 'Host a Chic?'  A common way to approach a stranger is to ask if they have a light for your cigarette, but this is considered to be in poor taste if they're vaping with an e-Cigarette.  Finally, it's considered very rude to bogart a joint if someone in the circle hasn't yet taken a hit.