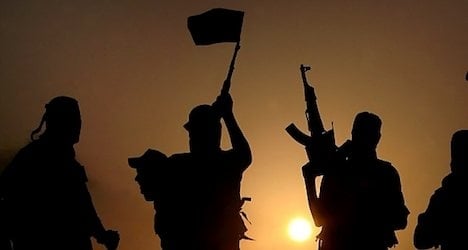 They are also making a profit from the cross-border business, generating money for more weapons, according to a report on Bloomberg.

Trade statistics published in Ankara last week show that Turkey is shipping billions of dollars worth of goods into Syria.

After President Bashar al-Assad’s government in Damascus lost control of most border crossings with Turkey rebel groups such as the Free Syrian Army and Islamic Front, as well as Islamic State extremists have been able to control trade.

State control is absent and transporters pay tolls and fees to whoever controls the crossing.

As well as practical things like vegetable oil and cement, traders are also taking amphetamines like Captagon across the border, but one of the most popular goods by far is Red Bull.

Buyers on the Syrian side don’t identify themselves to the transporters, Yilmaz said.

Goods are then transferred onto Syrian trucks in a three kilometre wide zone at the Cilvegozu crossing, he added.