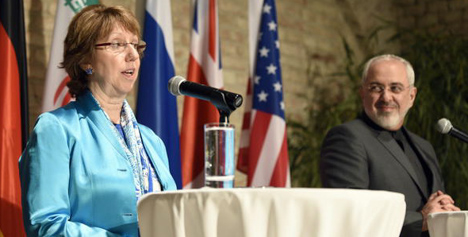 On Sunday and Monday US Secretary of State John Kerry and Iranian counterpart Mohammad Javad Zarif will meet in Oman together with former EU foreign policy chief Catherine Ashton.

Ashton, who will continue chairing the negotiations until the deadline, will chair another meeting of political directors from the P5+1 powers on Tuesday.

The grand finale then starts in the Austrian capital on November 18th when the six powers and Iran begin a final round, likely including Kerry and other foreign ministers at the end.

The deal being sought would see Iran scale back its nuclear activities in order to ease long-held fears it might develop atomic weapons under the guise of its civilian programme.

After more than a decade of rising tensions the Islamic republic, which denies seeking the bomb, wants the lifting of painful UN and Western sanctions.

In months of negotiations, progress appears to have been made on some areas but several key issues, most notably Iran's uranium enrichment capacities, remain to be resolved.