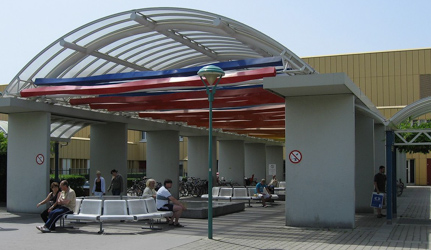 Doctors said that Leonie S. was so badly burnt that much of the skin tissue on her back is dead, and some of her organs have been affected.

"The girl’s condition has unfortunately deteriorated dramatically. She is in intensive care, fighting for her life," a spokesperson from the Vienna Hospital Association said.

The incident happened a week and a half ago. The girl’s father, Alex S (26), said he wanted to teach his daughter “a lesson” after she had been misbehaving, and so put her under what he thought was a cold shower on Sunday morning – a punishment which he said he often used.

However, the water which came out of the shower was boiling hot – between 50 and 70 degrees centigrade. He said that he realised his mistake after three seconds – but doctors said this was sufficient time for the little girl to suffer serious burns.

However he and the girl’s mother (25) waited until Sunday evening to take her to hospital. The couple have two other children, a baby boy and a seven-year-old son.

The father has not been allowed to return home to his family and the state prosecutor is investigating whether he should be charged with assault.

Vienna Social Services told Heute newspaper that they were investigating if the other two children had been mistreated, and were monitoring and counselling the mother.