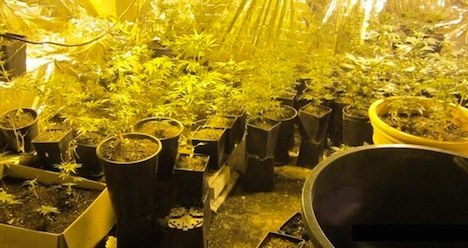 The two alleged main perpetrators, aged 50 and 57-years-old, have been arrested and are sitting in prison, while three other suspects have also been charged.

Investigators have traced a total of 40 customers said the Police press office on Friday, according to a report from the Austrian Press Agency (APA).

The 57-year-old man was arrested and his vehicle searched near the Czech border after returning from a smuggling trip on July 18th.

Police found around 30 grams of crystal meth.  Investigators learned that the man had transported around 100 grams of the narcotic to Austria in six trips.

His 37-year-old accomplice from the district of Urfahr was charged with the dealing of the drugs, according to the deputy district police commander of Rohrbach, Günther Hollin, in an interview with APA.

The following month, a police operation arrested three additional suspects, including a couple from Rohrbach who allegedly have been dealing for several years in a variety of drugs.  The 50-year-old man and his 30-year-old female partner were found to have sold or had possession of 2.4 kilos of cannabis, plus assorted amounts of LSD, speed and 50 grams of crystal meth.  Another alleged dealer, a 53-year-old man from Linz, was also arrested.

When raiding houses associated with the gang, including one in Hörsching near Linz, police found three indoor cultivation plots with 250 cannabis plants, a quarter kilo of processed marijuana, some speed and chemicals for the production of cannabis oil.

The Federal Criminal crime lab assessed the crystal meth as having a purity level of 80 percent – far below the level claimed in the TV drama "Breaking Bad."