The US town of Grand Rapids in Michigan hit the headlines in 2011, when it responded to a Newsweek article that listed it as number ten on a list of "America's Dying Cities" by releasing what Chicago Sun-Times film critic Roger Ebert described as "The greatest music video ever made."  The nine-minute video used 5,000 citizens of the Michigan city who were lip-syncing to Don McLean's "American Pie."

Within the first week, the video received over 2 million views on Youtube, and has subsequently been seen by nearly five and a half million people.

Now, the Austrian town of Kapfenberg has done it with style, by releasing their own lip dub, based on the song "Life is Live" by Austrian rockers Opus, a European number one hit from 1985.

Kapfenberg managed to bring together more than 6,000 people in the small town, rocking along and dancing to the music of the song, and involving many prominent citizens — including the local parish priests in full uniform.

The mayor of Kapfenburg, Austria, posted a video on Wednesday, thanking Grand Rapids, the site of a 2011 lip-dub that drew international attention.

"It's my big pleasure for me to send back our best wishes and compliments to Mr. Heartwell and the citizens of Grand Rapids, USA," said Kapfenberg Mayor Manfred Wegscheider. "Watching your great lip-dub has always been our motivation and inspiration."

This week, Grand Rapids news reporters spotted the Austrian version, and acknowledged that they've been outdone, European-style.  Over 6,000 people danced for more than 10 hours in the streets of the town, to create the nearly nineteen minute long video – apparently a new world record.  Enjoy!

A lip dub is a combination of a large group of people lip-syncing then audio dubbing, usually made as one continuous take with a steadicam. 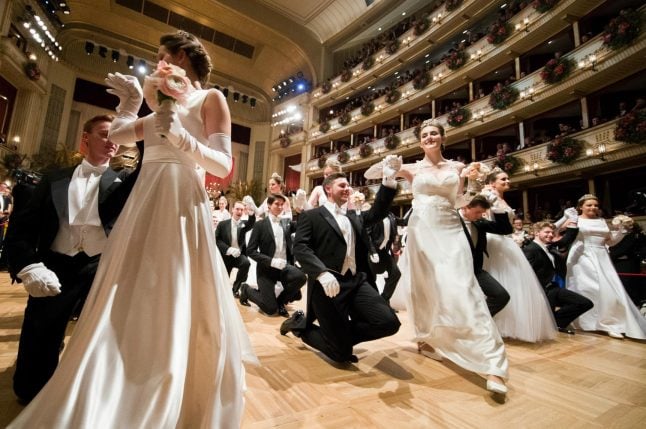