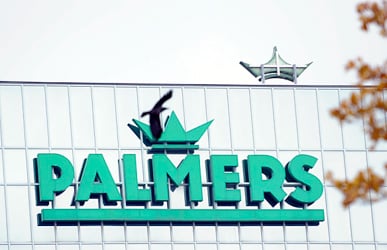 In September anyone who spent €100 or more at Palmers was promised a free European flight, but the company said that due to unexpected demand there have been long delays in giving people the flights and as a result it has had to deal with a flood of complaints.

“Double the number of customers we had estimated took advantage of the promotion,” Palmer's managing director Andreas Hammerl told the Austrian Press Agency. He said that every single complaint would be dealt with.

“My personal summary: Palmers is now dead to me as a shopping resource – RIP!” one angry customer wrote on the company’s Facebook page.

The promotion promised a return flight, including airport taxes and fees, to a choice of 18 European cities. Customers who spent at least €100 could specify which two cities they would prefer to travel to and their ideal travel dates.

As Palmers is not a travel agent it had to hand over the booking process to a partner company called Inspire. “Inspire has assured us that it will resolve each flight request as quickly as possible and select the desired flight dates within the framework of availability,” a spokeswoman from Palmers said.

She added that any customer who had not yet been notified of their flight was asked to be patient and promised that they would soon get a response.

Customers have also complained that their request dates were not considered at all and that they were offered indirect flights with very long stopovers. The spokeswoman said it would not always be possible to have a direct flight but a stopover that was longer than five hours was clearly unacceptable.

She added it would not be possible to give customers flights for “particularly popular weekends and holiday periods.”