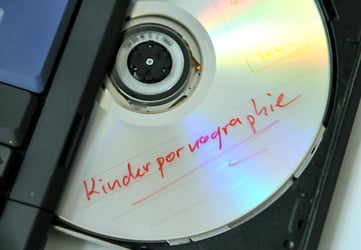 When they investigated him they found that he was communicating with many other people across the world via the internet, Austria’s Federal Criminal Police (BK) said.

Overall they believe that 52 individuals are involved. In Austria six people are currently under investigation and in Germany 35 suspects have been identified.

People from Sweden, the Netherlands, Belgium, Denmark, Mexico, Brazil and Iran are also thought to be involved, according to BK spokesman Mario Hejl.

The year-long investigation was triggered after a tip-off from the Swiss Cybercrime Coordination Unit (CYCO), which had become aware of the Styrian man’s activities.

His house was searched last spring, and a large amount of hard drives containing child pornography were found.

Hejl said the suspects were exchanging photos of girls and boys. Several of the individuals are already known to police.

The Styrian man has been reported to the public prosecutor in Graz but as investigations against the other Austrians are still ongoing there is no further information on his case, according to the Austrian Press Agency.

"When it comes to heinous acts against young children and adolescents, it is important that offenders can never feel safe even in the supposedly anonymous internet," Interior Minister Johanna Mikl-Leitner (ÖVP) said.