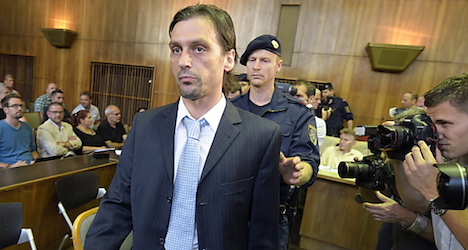 A total of eight out of the ten defendants on trial were found guilty, and sentenced to various terms, reported the Austrian Press Agency.  Two of the defendants were released for lack of evidence.

Kuljic was accused of match-fixing on behalf of an illegal sports-betting syndicate, as well as physically harassing players.

Kuljic was joint top scorer in the Austrian Bundesliga in the years 2005-2006.  The allegations surfaced when his former teammate Taboga, who received a life ban from the game in February, claimed that Kuljic was blackmailing him.

The court heard that 18 domestic league games in Austria's first and second divisions were "fixed" by the members of the conspiracy.

The verdicts are now subject to appeal.

The players involved in the scandal allegedly each received between €7,000 and €25,000 per match to affect the outcome of games, enabling their backers from Austria, Albania, Serbia and Chechnya to profit from the illegal betting scam.