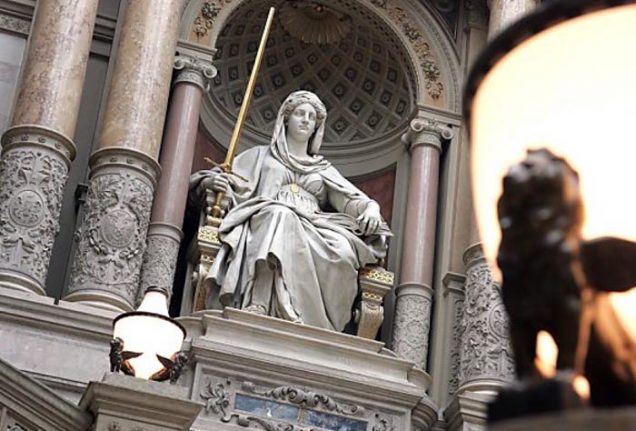 When the boy was 14 he chose an image from Quentin Tarantino's film Inglourious Basterds, which featured Nazi symbols including the swastika, as his profile picture on the social networking site Facebook.

He also posted lyrics from former German neo-Nazi rock band Landser, and between December 2012 and January 2013 he regularly left comments on the social networking site which glorified Nazism. He got a swastika tattoo and posted photos of himself wearing typical ‘skinhead’ clothing. He also threatened a classmate of Somali origin with a knife.

In court he confessed to the allegations and said that he now viewed his actions “with disgust”. He said he had wanted to impress friends and gradually fell into believing right-wing ideology, even though he knew it was illegal.

He had not had an easy childhood, having had to endure several eye operations, change schools repeatedly as he was considered a ‘problem child’ and had been thrown out of home on several occasions.

The jury returned a unanimous verdict of guilty, but didn’t find the teenager guilty of an additional charge of assault. The 15-year-old has already served eight months of his sentence in pre-trial detention.