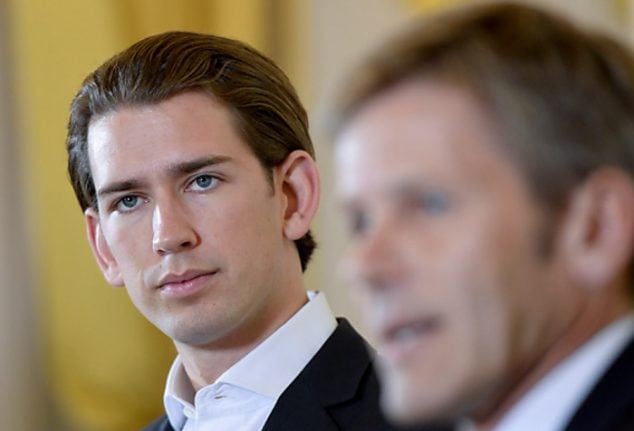 The amendment is designed to limit the power of “influences from abroad” Foreign and Integration Minister Sebastian Kurz (ÖVP) said.

He added that a one-off grant from abroad, such as money left in someone’s will, could be allowed but that the management of any such assets must be done within Austria.

All “living subsidies” will be covered by the rule, including the money given to imams. Currently there are around 300 imams in Austria, and 65 of them are employed by Turkey. The new law would mean they could no longer work in Austria.

It will also compel Muslim organisations to teach at least one lesson in German, and states that officials within the community will be dismissed if they are found to have a criminal conviction or are considered to pose a threat to public safety.

Under the terms of the draft bill, state-recognised religious organisations will have to offer a unified German-language version of their doctrine and sources of faith, including for the Muslim holy book, the Koran.

At present, there are two officially recognised Islamic organisations in Austria.

"Among the Muslim base, the law is not seen as a gift for the Eid holiday," said Carla Amina Baghajati, spokeswoman of the Islamic Community of Faith in Austria (IGGiO).

"(The bill) mirrors in its overtone the spirit of the times we currently perceive, which is marked by blanket suspicion and mistrust against Muslims," she said.

She was hopeful the legislation might still be amended.

The draft bill is under review until November 7th, and is due to become law in early 2015.

Austria’s current Law on Islam, dating from 1912, is seen as a symbol of tolerance.

The law gives Muslims the same rights as other officially recognised religions in Austria, such as Catholicism, Lutheranism, Judaism and Buddhism and guarantees Muslims wide-ranging rights including religious education in state schools, administration of internal affairs and public worship.

Kurz said that the law contained a clear message which is that “there is no contradiction between being a devout Muslim and also being proud to be Austrian.”

He said sharia, or Islamic law, had "no place here".