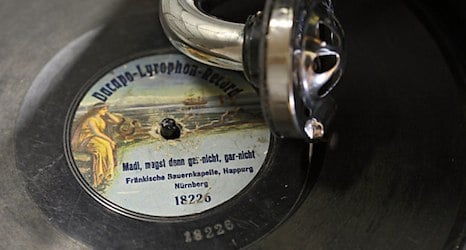 The elderly woman raised the alarm after mistaking the noise of the record player for a leaking gas line.

The flat owner woke up during the night after hearing a hissing noise, which she feared was a gas leak.

Because the sound was louder just near the entrance door to her flat, she dared not go out into the stairwell.

Several other residents were also worried by the strange noise and eventually the fire brigade was called.

The fire crew soon discovered the source of the disturbing hissing, which came from an old speaker by the woman's front door amplifying the sound of the needle at the end of the record.

According to the fire brigade, the dog's paws were particularly suitable for operating the record player buttons.