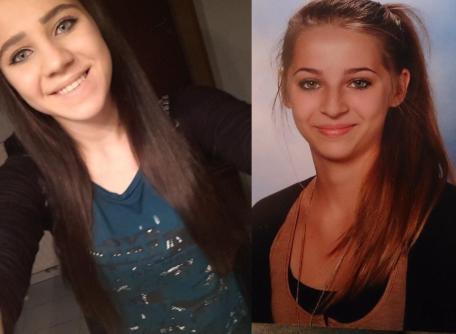 "Don't look for us. We will serve Allah, and we will die for him," were their parting words to their parents.

On Monday rumours of Samra's death began to spread on social media, leading Austria's Interior Ministry to inform her parents of the possibility their daughter had been killed.

On Tuesday the parents' anxious wait came to an end with the news that Samra is alive and has been in contact with friends via the social media tool WhatsApp.

"Neither of us are dead," her friend Sabina also wrote on the network, using a pseudonym.

The rumours began after Sabina posted a number of gloomy messages, most likely related to the death of an acquaintance of her husband.

Both girls have married Chechen fighters since their arrival in Syria and are also possibly pregnant.

In related news, a Salafist imam at a Viennese mosque is on trial related to the disappearance of the girls.

The Austrian government is working hard to tackle an increasing problem with its residents traveling to conflict zones to participate in holy war, or 'jihad.'

On Monday, they announced a series of measures to restrict the banned Isis organization, as well as proposals to withdraw citizenship or asylum status from returned fighters.

In addition, an organization has been established in Vienna to de-radicalize young Muslims who may have been influenced by jihadist views.

Austrian authorities said Tuesday they were investigating reports that one of two teenage girls who travelled to Syria earlier this year to join Islamist militants has been killed.

"Rumours are circulating on the Internet and we are checking that information," interior ministry spokesman Karl-Heinz Grundboeck told AFP, confirming local newspaper reports.

Austrian media reported in April that two girls of Bosnian origin — Sabina Selimovic, 15 and Samra Kesinovic, 16 — had left for Syria, telling their parents in a letter than they wanted to "fight for Islam" there.

Grundboeck did not say Tuesday which of the two teenagers was believed to have been killed. Other photos found online and published in Austrian media purportedly show the two girls — who were active on social media and continued to post updates from Turkey and Syria — wearing a heavy headscarf and veil, or posing with masked armed men.

The interior ministry estimates 142 Austrians, including 12 women, have so far joined the ranks of jihadists in Syria.

Last week, the ministry said police picked up two schoolgirls aged 14 and 15 in the southern city of Graz "with full suitcases… intending to go to Syria."

On Monday, conservative ministers in the government, including those in charge of justice and the interior, proposed a new package of measures to tackle the threat of extremism in Austria.

The package, which must still be agreed with the conservatives' Social Democrat coalition partners, include harsher penalties for incitement to hatred, a ban on symbols linked to terrorist groups, and revoking the Austrian citizenship of dual citizens who joined a foreign paramilitary organisation.