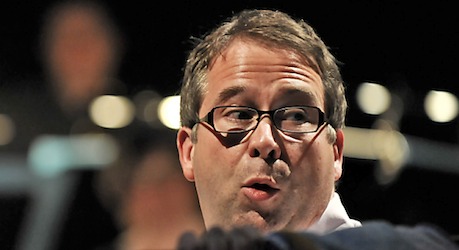 "The State Opera chapter is over for me for the duration of Dominique Meyer's term in office," said the Frenchman, who had walked away from conducting a new production of Wagner's Lohengrin in March.

De Billy confirmed that he has always been loyal to the Opera House.

However, after being confronted by charges of "dishonesty and disloyalty", he decided "he could not continue under those circumstances."

De Billy returned to the State Opera to conduct Wagner's Ring following the cancellation of Lohengrin, but was informed in July that he could conduct what he wanted, "but not the new productions which already had fixed dates".

"It was clear to me," said De Billy, "that under these circumstances it makes no sense to me to work at this Opera House."

He has canceled all scheduled performances for the next few years, including four special performances of Der Fledermaus this season, Manon in the coming season, and also Lohengrin, Fidelio and others.

Meyer told the Kurier that he regrets De Billy's move, but stands by his decision about the pre-agreed premieres.

"I need partners who are one hundred percent loyal," said Meyer. "If I plan a new production three or four years before, I need to know that the deal will be kept. I did not have that trust."

De Billy is the second highly regarded conductor to resign from the State Opera in recent times.

Franz Welser-Möst walked away from his post as General Music Director last Sunday.

De Billy respects and understands Welser-Möst's decision, stressing that "his decision was made long before the announcement of Welser-Möst's retirement."