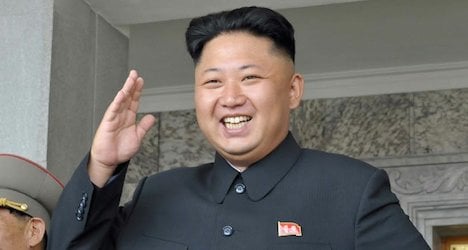 Supreme leader Kim Jong Un's work "Let Us March Forward Dynamically towards Final Victory, Holding Higher the Banner of Songun" was released as a booklet by the Joseph Gebauer Publishing House on August 25.

The speech was made by Kim Jong Un at the military parade held to celebrate the 100th birth anniversary of President Kim Il Sung on April 15, Juche 101 (2012).

It says the 100 year-long history of Kim Il Sung's nation clearly proves the immutable truth that outstanding leaders assure the dignity and prosperity of the country and the nation.

It sets forth the tasks to be fulfilled to glorify the dignity of Songun Korea for all ages and to successfully accomplish the cause of building a thriving socialist nation.

Kim was in the news recently when his alleged banker, Yun Tae Hyong, supposedly absconded with $5 million via Russia, and was seeking asylum in a third country.  This story has not been confirmed, originating solely from a South Korean daily newspaper.