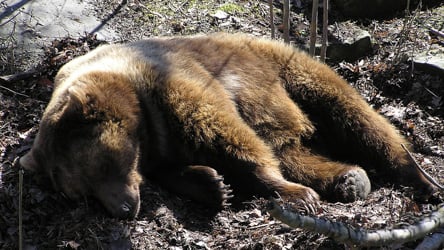 The chairman of a local alpine association, Markus Mertel, told state broadcaster ORF that this year five sheep had been taken from his pastures, and a further 16 sheep were missing. Carinthia’s bear advocate, Bernhard Gutleb, was unavailable for comment on Monday.

Mertel said his flock had come down to the valley from their alpine pasture a week ago and had appeared frightened. On Sunday he found the carcass of a slaughtered sheep and bear tracks.

Mertel said that grazing his animals is becoming increasingly difficult with bears and wolves around. It is estimated that around ten bears are currently living in Carinthia. They are thought to have come across the border from Slovenia.

In August Gutleb said bears had killed around ten sheep this year in Carinthia, half as many as the previous year.