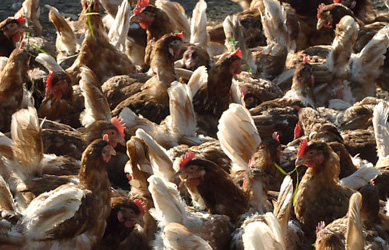 It is thought that the truck which was attached to the trailer had a brake defect which caused a tyre to blow out and started a fire.

The driver, a 40-year-old Romanian, stopped the vehicle and detached the trailer but by the time the fire brigade arrived the trailer was fully ablaze.

The surviving chickens were transferred to a second truck and the dead birds were disposed of. Part of the motorway was closed for four hours for a clean-up.