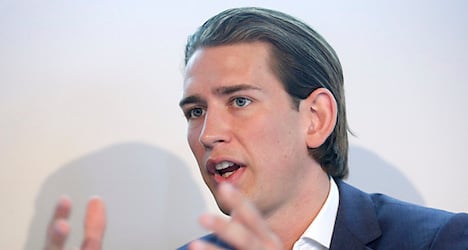 While he supports current EU sanctions against Russia, it was about finding long-term solutions, though. It was important to prevent creating a bloc mentality, he told the APA. "We have to think of the day after tomorrow", he added.

EU foreign ministers would embark on a strategy of diplomacy, he said. However, Kurz emphasised that Austria would promote an exit strategy for the Ukraine crisis. Nevertheless it was necessary to include Russia in this process.

Experts on neutrality from the foreign ministry had been invited to Kiev, Kurz said. It was essential to keep the long-term goal of a free trade agreement between the European Union and Russia. However, it was important to prevent bringing Ukraine into a situation where it had to decide between Russia and the EU, he said.