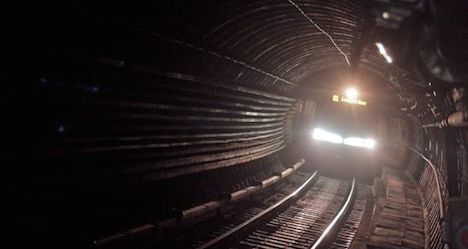 According to the Austrian Press Association, shortly before noon the 250 kg bomb was found by construction workers excavating a site in Holzmanngasse.

Two nearby buildings were immediately evacuated by police, and the federal army bomb disposal team was called in to defuse the war relic.

The U1 subway service was disrupted, as the bomb location was close the the U1 station Aderklaaerstrasse.

Traffic was also blocked on nearby roads, while a replacement bus service was put in place between Kagranerplatz and Großfeldsiedlung.

After the army team made the bomb safe and removed it from the site, workers were allowed to return to their offices, and normal service on the U1 was resumed at around 3:15 pm.