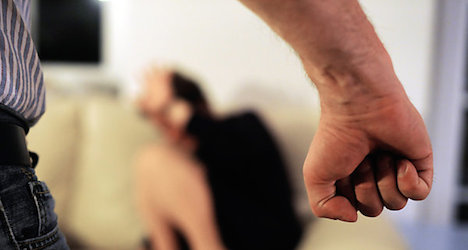 The couple with the 32 year age difference lived together in Mistelbach, in Lower Austria.  On the night in question, December 14th 2013, the victim arrived home well after midnight from a trip to Vienna, and spoke briefly to her husband, before retiring to her own separate bedroom.

A few hours later, the retired husband went to his weapons locker, and loaded a break-action double-barreled shotgun.  He then stormed into her room, and threatened her with the weapon, whilst shouting at her, "Now I shoot you down."

The woman was able to persuade him to leave the room, and closed the door behind him.

Sadly, the old man continued to escalate his anger, and fired two shots through the door, seriously wounding his wife in the upper legs, and causing permanent disfigurement.

In the resulting trial, the man has been sentenced on Wednesday to 12 years in prison for attempted murder.

The judge in the court in Korneuburg noted that the defendant claimed that he still loved his wife, and never wanted to kill her, but was jealous, suspecting that she had a boyfriend in Vienna.

Furthermore, the fact that he had shot her through the door recklessly endangered her life, and was therefore a clear indicator of a certain "ruthlessness and hardness."  Therefore, he had no choice but to impose a custodial sentence.   Given the defendant's age, it's likely he would live out his days in prison.