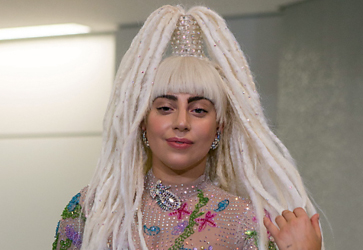 Entrepreneur Adam Galirow (62), from Mauthausen in Upper Austria, received a letter from Lady Gaga’s lawyer, asking him to change the name of the drink.

However he had patented the energy drink and name in 2011 – and called it Gaga as he had developed it with his then wife, so it was an abbreviation of their surname, Galirow-Galirow.

The patent office has now decided in favour of Galirow and rejected the pop star’s demand that he change the name. There was little chance of people confusing the drink with the singer, it ruled.

Although Lady Gaga was already well known in 2011, she did not patent her name under the beer, mineral waters, and soft drinks category, which Galirow had done.

Galirow, who worked with Arnold Schwarzenegger in the 1990s, is now looking into whether he can claim back his legal fees and losses which he said he incurred as a result of having to put his expansion plans for the business on hold.

GaGa energy drink is sweetened with stevia, and contains caffeine and probiotics.